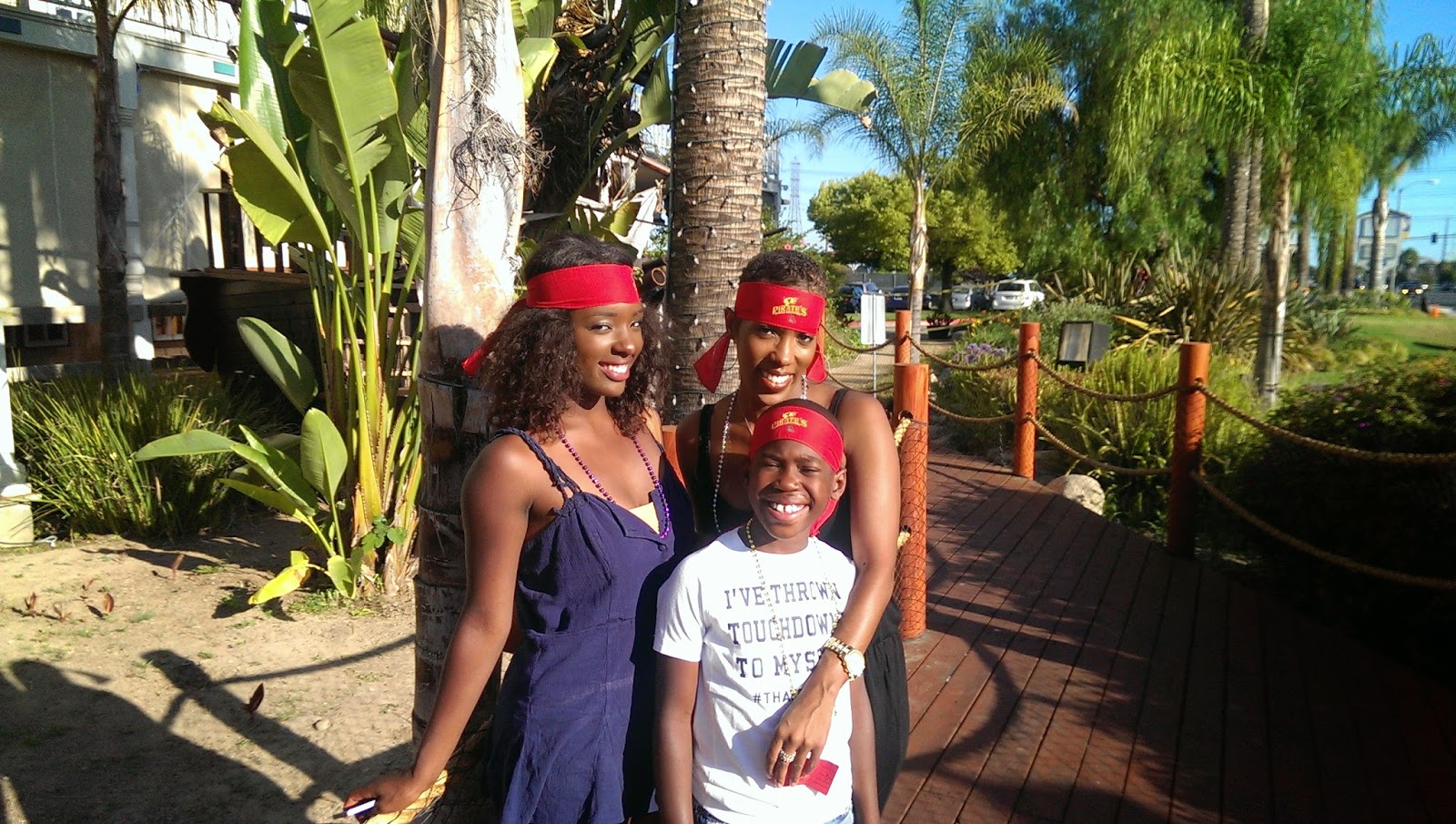 I scored major points with my son on his birthday!  I surprised him with dinner at Pirates Dinner Adventure and we had a blast!!!

As soon as we entered the building the adventure began.  We immediately joined in the cheering crowd that were awaiting there fearless pirate to lead them aboard the ship.  We were apart of the red team and were ready to go board our section of the ship.  Talking about lots of action.  This was fun!

As were being seating we were given jobs.  Wow…we were going to be apart of the show!  My son was the official flag waiver for our section.  He took his job very serious. 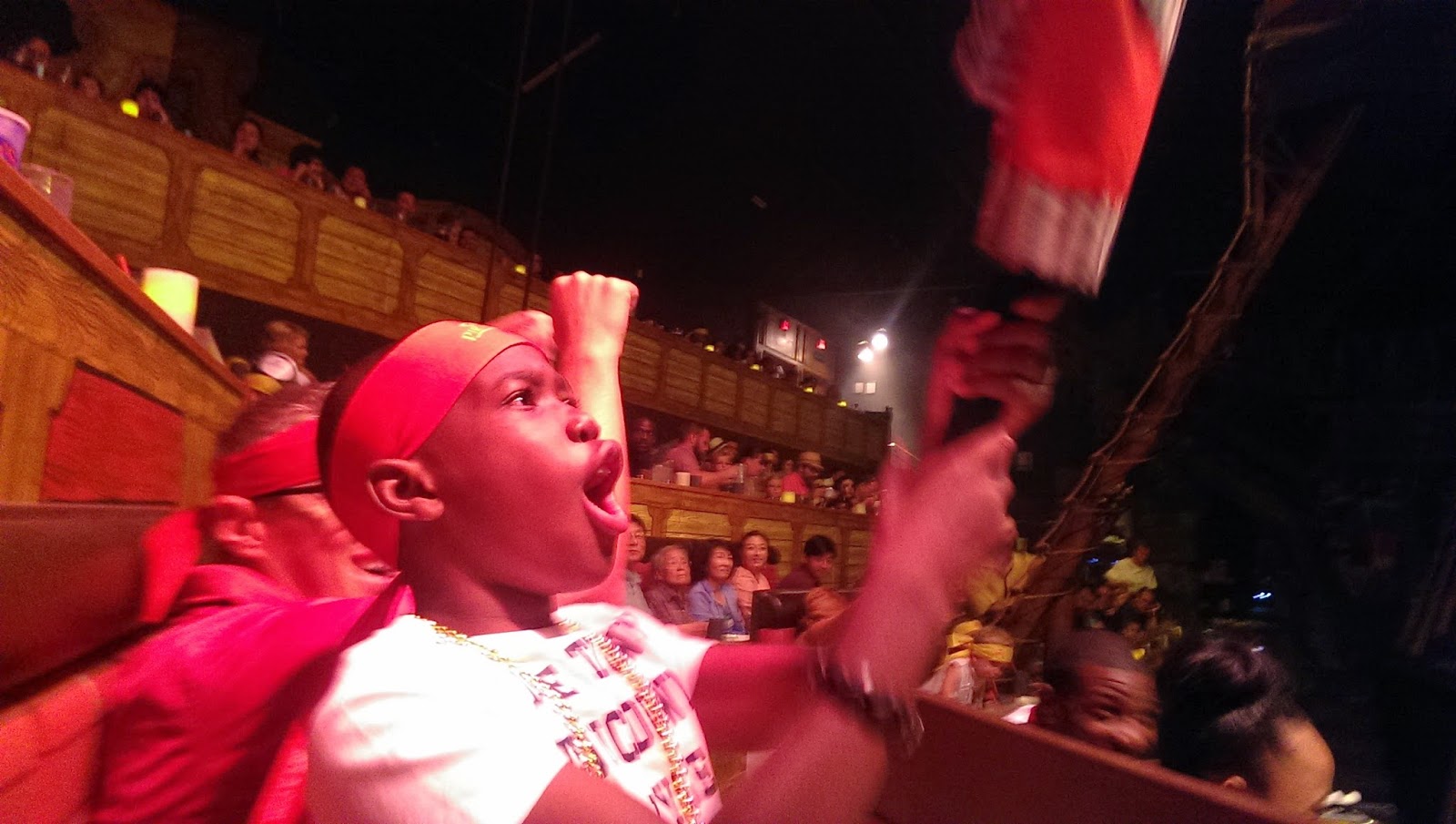 Initially, I was asked to assist our pirate during a competition, that would take place later in the show.   I had to back out, because my competitive side reminded me that I have no athletic ability and if I do bad at this, I would be upset and I had to consider the people in my section.  So, I asked my daughter to do it.  She eagerly step in. Our team did not when, but she did a great job. 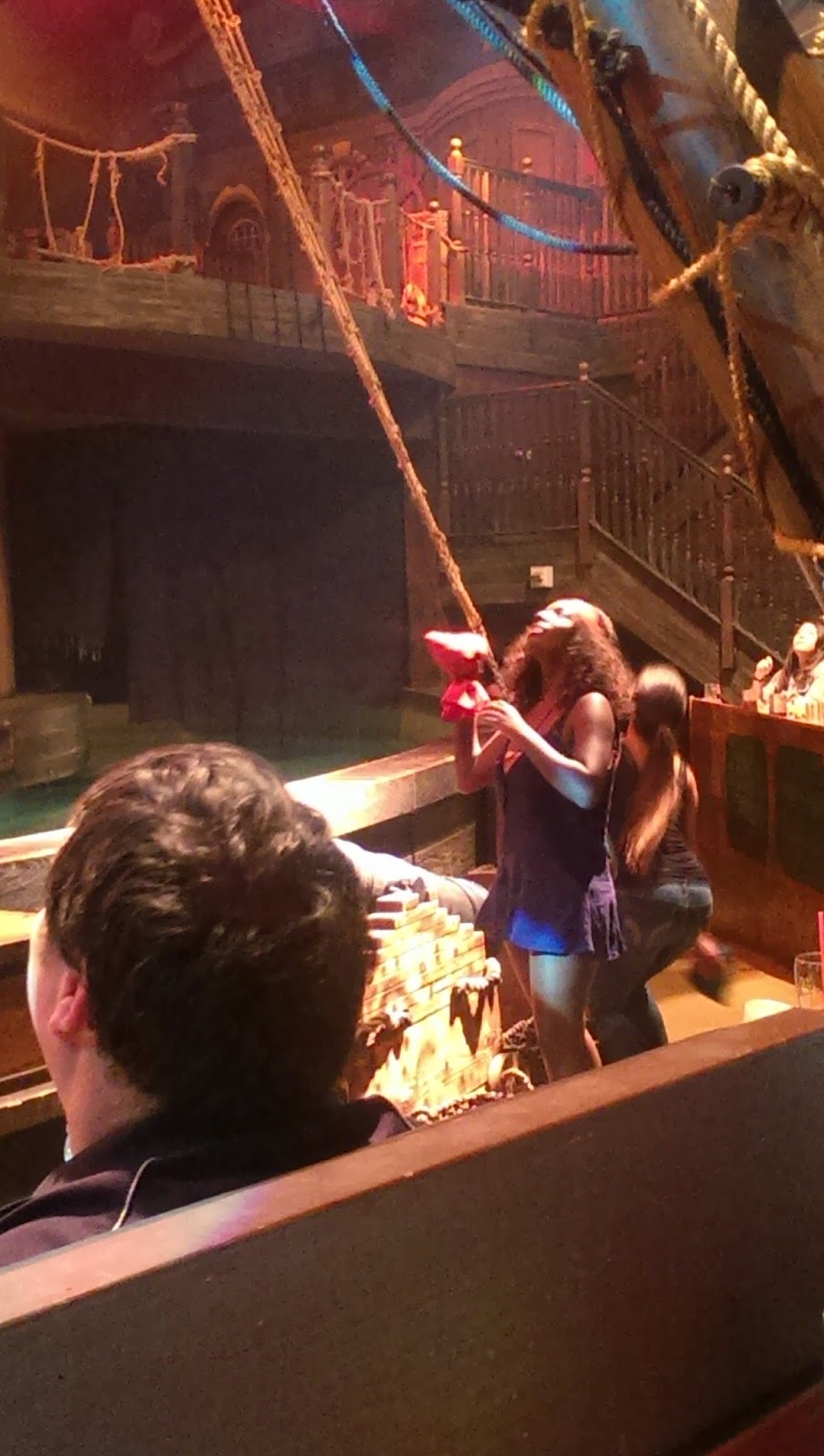 Later in the show all of the people that were celebrating their birthday, were asked to come on the stage.  They were acknowledged and took an individual photo.  The show was very engaging.  I believe every family was included.  At some point a group of fathers were bringing up the sails of the ship and a large group of children were captives and another group of children took power of the ship.

While all of this was going on we were dining on a great feast of salad, soup, chicken, vegetables and Caribbean  rice. 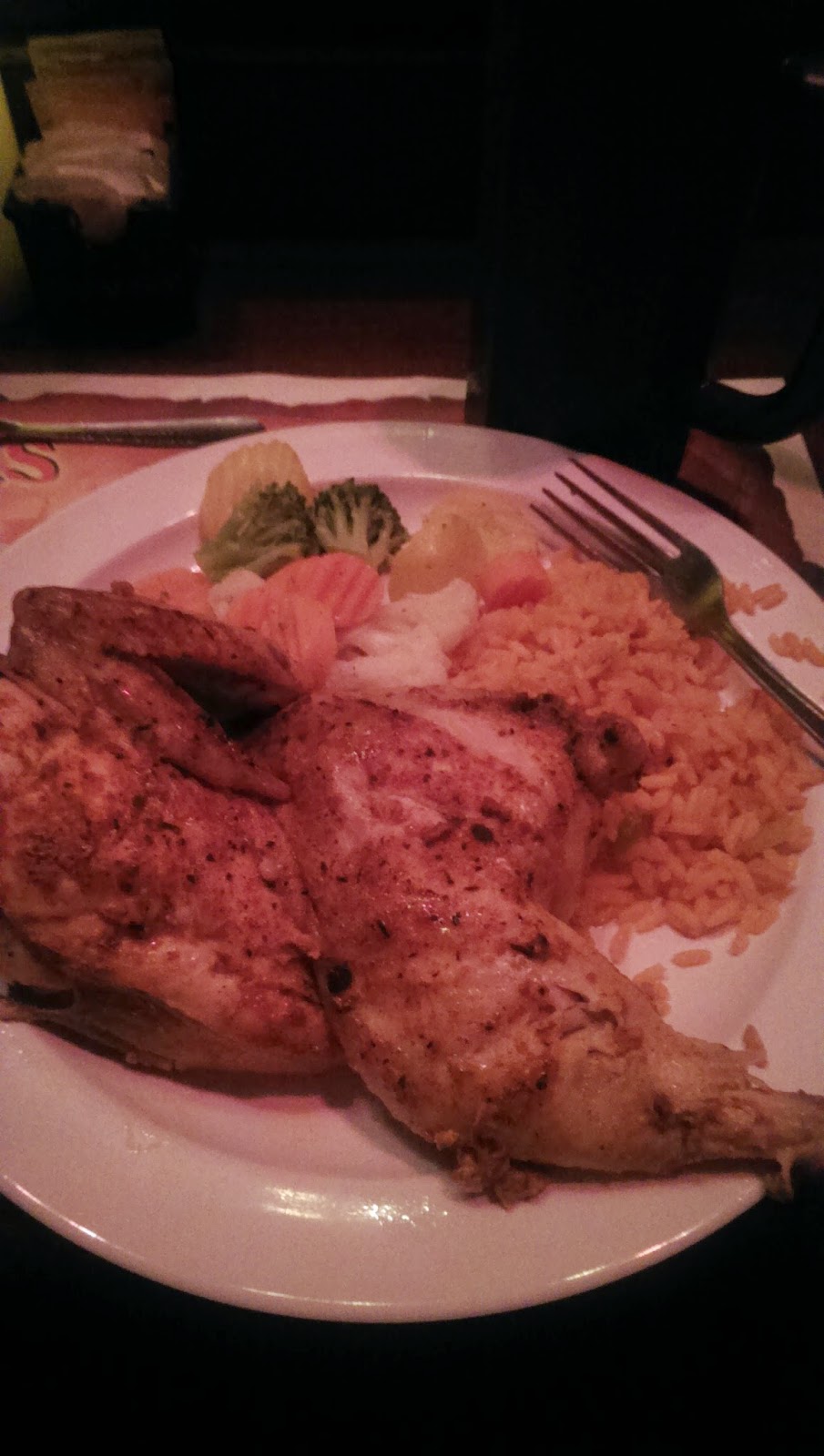 My son had the kids meal, which included, his favorite, chicken nuggets and macaroni and cheese.  He also had mashed potatoes.  And he discovered he loves creamy vegetable soup.   He is not a big dessert person, but he loved the dessert as well, brownie a la mode. 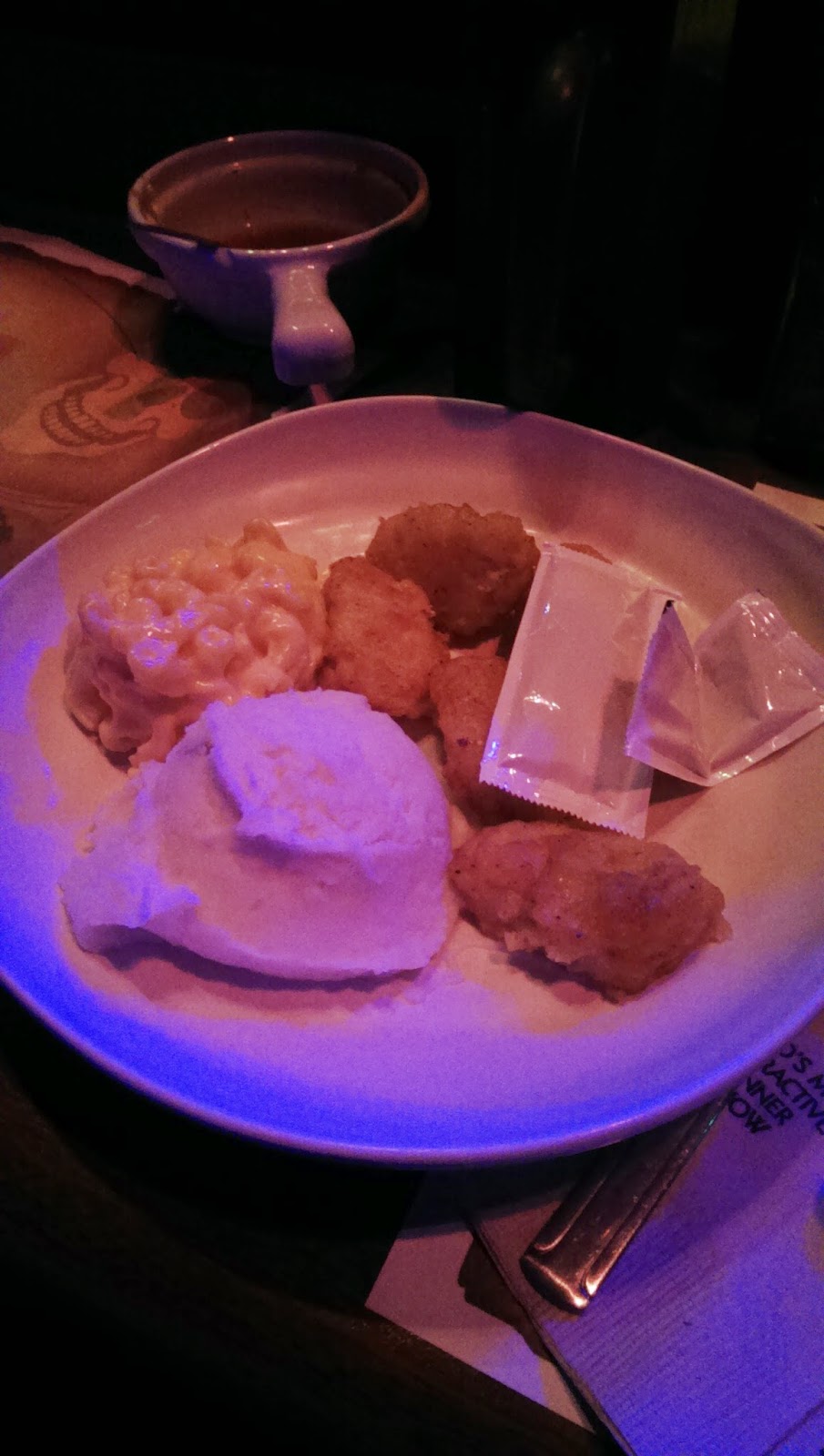 This dinner was definitely an adventure.  You will not believe this but our pirate fought a hard battle and was the winner.  We were saved.  We had an amazing time and my son had a memorable birthday. 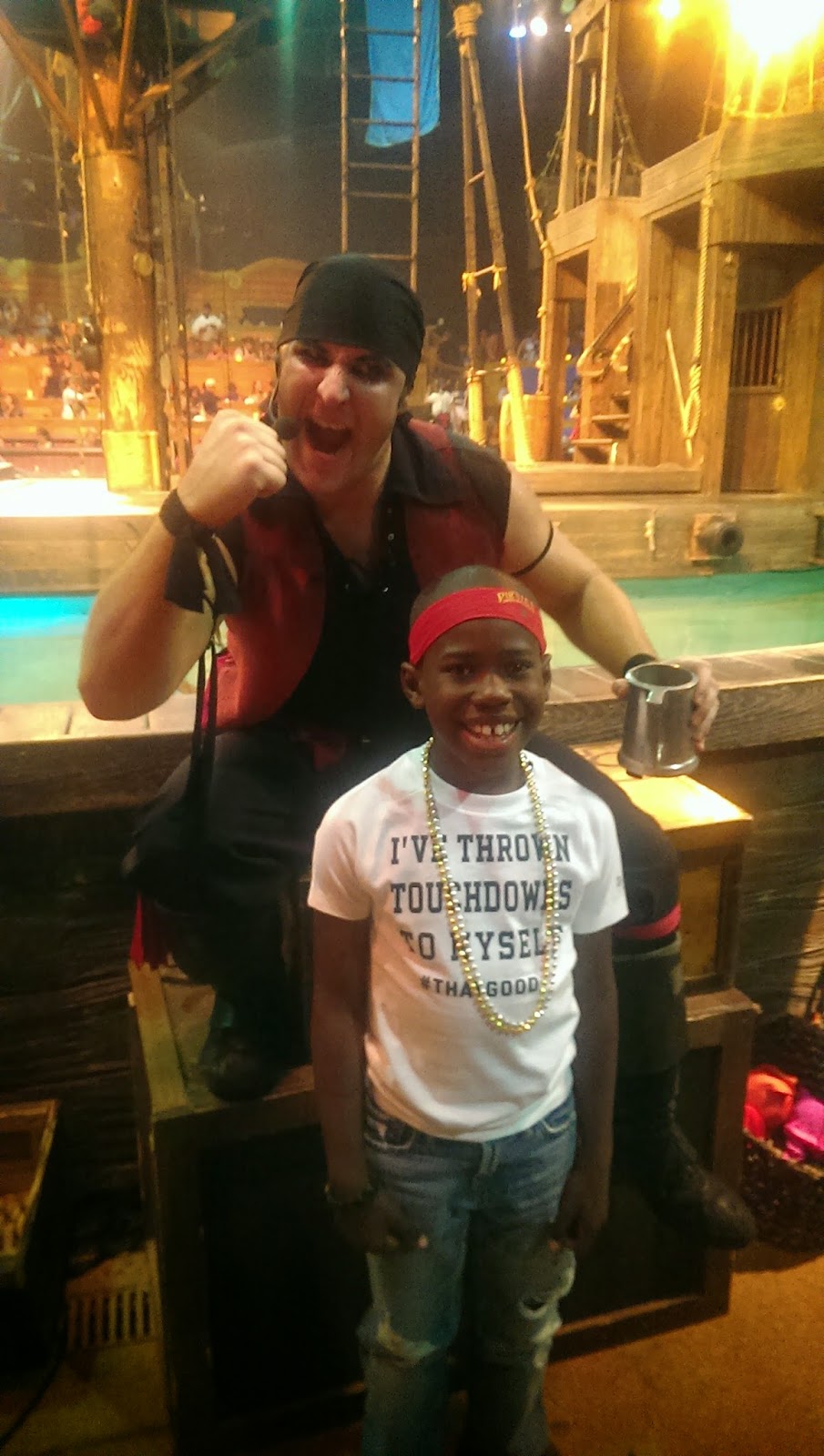 Proud Member of The US Family Guide Network